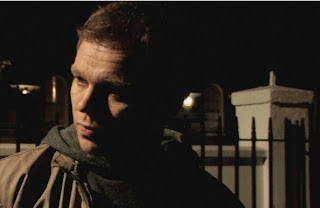 The story of 2009’s Breathe surrounds Carol Bailey, a young man whose reckless ambition and lack of resources separates him from his family, leading him into a criminal lifestyle. When Bailey reemerges and attempts to reclaim the bonds he’d discarded, he finds that his old life isn’t so easily salvaged. Now depending on what kind of soundtrack-fan you are, my plot summary will seem either terribly vague or rightly peripheral. If you, dear reader, buy film scores to relive favourite scenes or connect to the conflicts of a certain protagonist, my review will certainly let you down. If, however, you are a fan of scores that can be celebrated in context to your own day-to-day life as equally to (if not more than) its source film, look into this moody opus by Gregory Harwood.

Underpinned by pale ambient tones and somber strings, Breathe OST caresses its monochromatic doldrums into a satisfying spectrum of emotions. Neighbouring tracks ‘Bailey Meets Lynn’ and ‘Bailey and Lynn Love Scene’ capture a restrained stand-still between characters; the former exercising this soundtrack’s lead piano progression between strings which cautiously hold their breaths, the latter deviating into trickled ivory notes cascading over a mood that seems both intimate and tragic. The bulk of Breathe OST emits this undercurrent of heavy drama, as if playing to the moods of characters too caught up in their own perceived ill-omens to recognize how inconsequential their hearts are in the greater scheme of things. And it works; Harwood’s foreboding is cleverly layered beneath the score’s small-town feel, established in the piano’s rural wandering on ‘Bailey Arrives’ and reminded sporadically by the warm, traditional cello (played by Nicole Collarbone) that stands out on ‘Loss Sequence’. Even the score’s more anxious spikes – like ‘I Told You To Look After Her’ and ‘Taking Lynn To the Hospital’, which both end in electric bass – don’t stray from Breathe OST’s small-town stillness so much as pinpoint the film’s breaking points, where relationships are no longer divided and at odds so much as thrown together.

I haven’t seen Breathe, although I’d like to. Being as familiar with Harwood’s score as these past few weeks have allowed, I would enjoy seeing whether the film’s setting and characters interact with this opus the way I’ve taken liberty with my imagination. Regardless of the score’s foremost raison d’etre, however, Breathe OST is a tense stretch of post-classical music that shows heart despite its winter-sick impressions.
Posted by SCQ at 9:00 AM