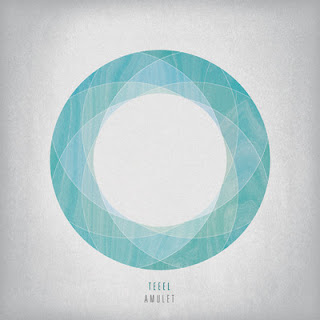 I’m a witness to the changing fashions, I swear it. Let's rewind: 80s weren’t considered retro yet, not because it wasn’t old enough but because it wasn’t cool enough. Someone unearths an outdated instrument – say, a synth – and incorporates a single element of it into their modern-day composition. It catches on, and a month later half of college radio is swooning to a surge of retro-rock hybrids.

Now the apex of any musical trend occurs as it crosses into the mainstream, when the innovation of its grassroots approach meets the commercialism of mainstream waking up. Like Nirvana taking grunge to the major labels with Nevermind or, to a lesser extent, The Chemical Brothers fighting for mainstream recognition with Dig Your Own Hole; these represent the pinnacles of certain stylistic shifts shortly before the excitement subsides and everyone begins to move on. To avoid the harrowing task of choosing just one record to symbolize a summit for our near decade-long obsession with the 80s, I’ll say this: when bands stopped cherry-picking and genuinely tried to encompass the 80s, retro turned to pastiche.

That switch, which likely happened about two years ago, doesn’t deter records like Amulet from fighting the current and ultimately mining some of the scene’s final succulent fruits. Although ‘Triangle’ emits a palpable sense of here-we-go-again with thick drum-machine beats and laid-back synths, Teeel’s full-length debut snowballs with each track, challenging several of chill-wave’s elite contributions. ‘Sweet Camaro’ cruises a chic slice of oscillating night-air whereas ‘Galilean Moons’ takes a percussive stance with pounding beats and some smoggy vocals. Fittingly, the title track and finale smoothly integrates Amulet’s instrumental versus soft-vocal approach into a satisfying pop song, arguing that Jim Smith is as much a “traditional” songwriter as a beatsmith.

For Teeel’s brand of synth-pop, however, neither of those titles may be enough. The only proven way to maneuver chill-wave’s expectations so far is to abandon them; MillionYoung has become a band and honed his songwriting side, Toro Y Moi’s crafting his own sonic-vessel as we speak. As for Teeel, the climate’s still fine for him to inspect this trendy genre from all angles, tweaking what’s misshapen if not what’s old-hat, but let’s hope LP #2 doesn’t land on the exhausted side of our retro-pop timeline.
Posted by SCQ at 6:28 PM